Every mother’s worst nightmare is seeing her child’s health deteriorate.

“It was heart wrenching,” says Magdalene Kalonga, mother to Chancy Kalonga. “Each passing day, my daughter’s body weight dropped drastically. She couldn’t eat; had completely lost her appetite. As a result, she became so weak that she couldn’t sit on her own.”

In Malawi, malnutrition remains one of the major contributing factors to child deaths. According to a report by USAID, 37% of children in Malawi are affected by stunting. Only 8% of children aged 6-23 months meet the minimum acceptable diet.

Magdalene noticed something was off with her 4 year old daughter in February. Chancy started refusing to eat everything, including her favorite meals. She couldn’t stay in school. She was too weak to even play with her friends.

“One morning, I observed that her face and feet were swollen,” says Magdalene. “Then she started vomiting. And having severe diarrhea.”

“I am so happy to see my daughter happy and strong again,” says Magdalene. “She can now afford a smile and she loves her peanut butter. I am grateful for Orant Healthcare’s support. I never knew my child could recover from severe malnutrition. But now? Now she is back at school.”

Orant’s Healthcare Program responds to the needs of vulnerable children by providing them with prompt treatment. Our malnutrition program saves lives. 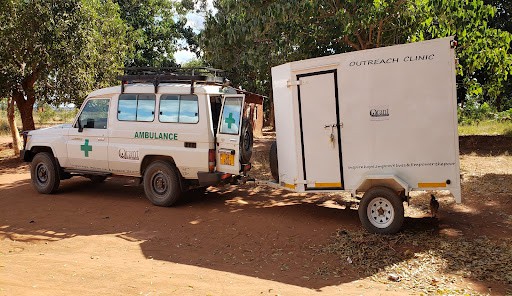 Ready to Use Therapeutic Food (RUTF) is a combo of powdered milk, peanut butter, and micronutrients. It's used to treat malnutrition.