Rural Malawians are self-sufficient farmers. They know which seeds to plant at what times. Their livelihoods are in tune with the seasons. Many join together in cooperatives to achieve higher crop yields. However, when droughts or floods affect the fields, everyone’s food security is therefore affected.

Malawi relies on rainfed farming. 95% of the rains fall between November and April. Last growing season by this time, families were eating green maize. But this year, due to late rains, the harvest isn’t ready. Many households are facing hunger. For some, crops have been washed away by raging waters.

To make matters worse, the government’s food distribution program has not yet started. As such, poor households are increasingly relying on market purchases. Every year, Orant’s Agriculture Program prepares for this period. We store maize to cushion families in times of need.

We have distributed 57,500 Kilograms of maize this year to BOMFA, Bowe Parish, and the Kasese community.

“Most of our farmers fail to harvest enough,” Zaina Kapachika, the President of BOMFA, explains. “During the rainy season, they are always hard at work doing piecework in other people’s fields.”

When rural farmers must choose between tending their own fields and earning money from tending to other people’s fields, often they have no choice. They must meet their households’ urgent needs. As a result, their own fields are left unattended. “Orant’s donation of maize will greatly help the local farmers to concentrate on their own fields,” says Zaina.

Father Charles Egbon from Bowe Parish says, “Our rural parish has over 98% peasant farmers. However, due to harsh climate conditions and expensive farming inputs, their yields are low. With this year’s late harvests, many households have been left without food for February and March. Thus, Orant’s gift of maize is life to our local community.”

One beneficiary, Manja Alunso Phiri says, “My wife and I were having difficulties farming on empty stomachs. Our children started missing school since there was no food at home. Orant’s support will go a long way.”

Orant’s Agriculture Program hopes to put systems in place to ensure food insecurity and malnutrition are put to a sustainable end. How to Make Mbeya Fertilizer

Mbeya Fertilizer may be the solution to rising fertilizer prices in Malawi. It is easy to make with local materials. Here's how. 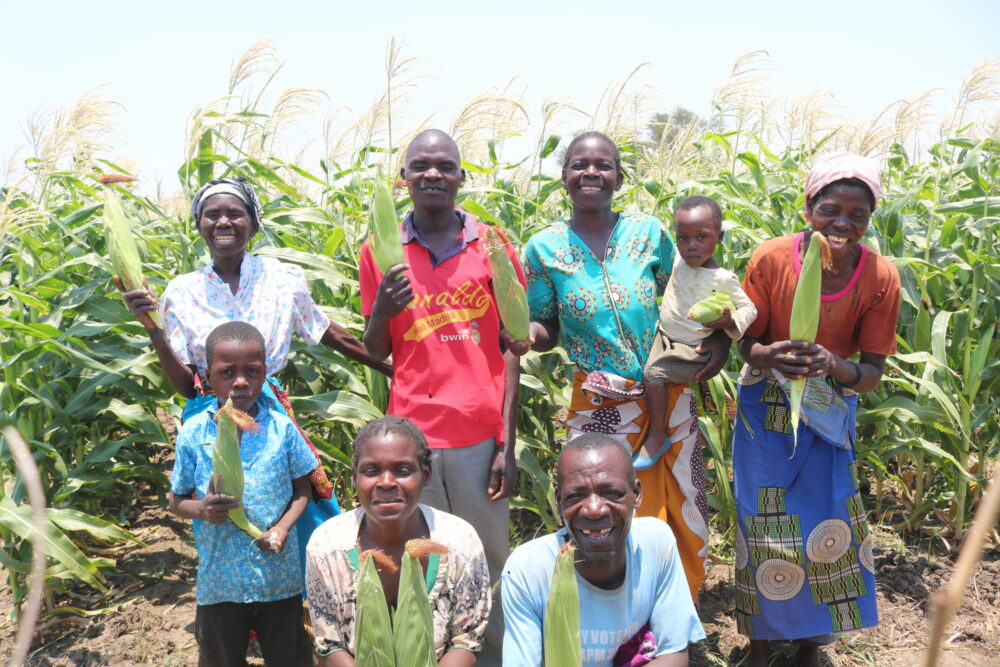 The Orant Farm Project distributed 20 acres of our farmland to Kasese farmers. Of the farmer recipients was Dumase Mtengowamingo. Orant has given Madisi Cooperative a loan of 2 million kwacha for the 2021/2022 growing season. The loan has a low-interest rate of only 3%. After a long wait and frightening drought, the rains in Malawi started at last. Then Tropical Storm Ana blew into Malawi, flooding fields. 5 Facts about Maize in Malawi

Green corn, popcorn, nsima... Maize is the major staple food crop in Malawi. 60% of the total cropped land is devoted to its production. Zaina is the President of BOMFA, a farmer’s co-op in Malawi. BOMFA provides no-interest loans to farmers, as well as mentorship support.